One of the reasons the Founders decided on the electoral college was the fear of a faction(s) dominating an election. This is the same fear they always had in general and why the US was founded as a Republic not a Democracy or a Libertarian state… the fear of mob rule. Unfortunately as the maps show below that mob rule is still in play at the state level.

Look at these maps of key states that were deciding factors in the 2012 election. They are for the most part RED, yet the Emperor won these states and re-election. 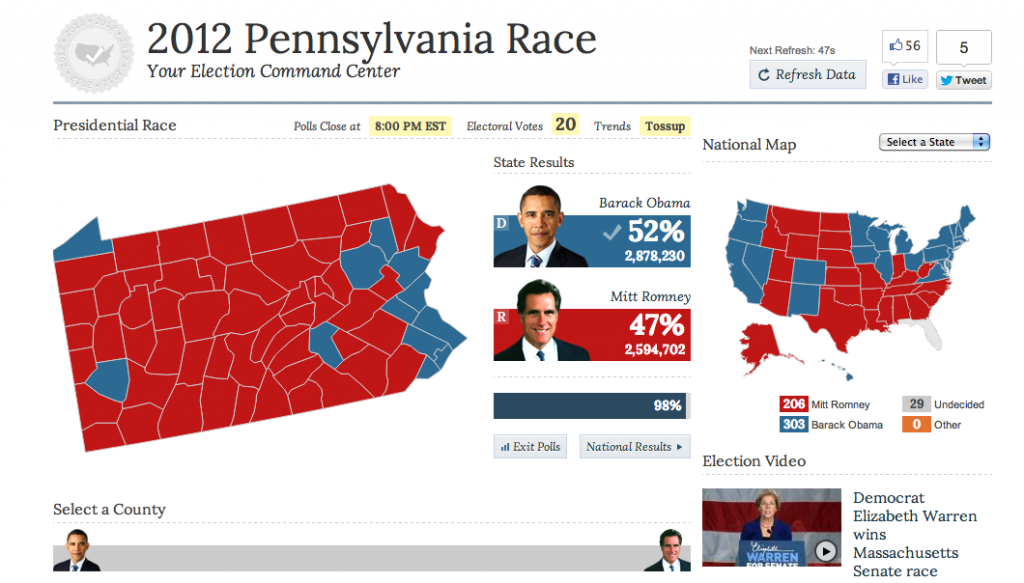 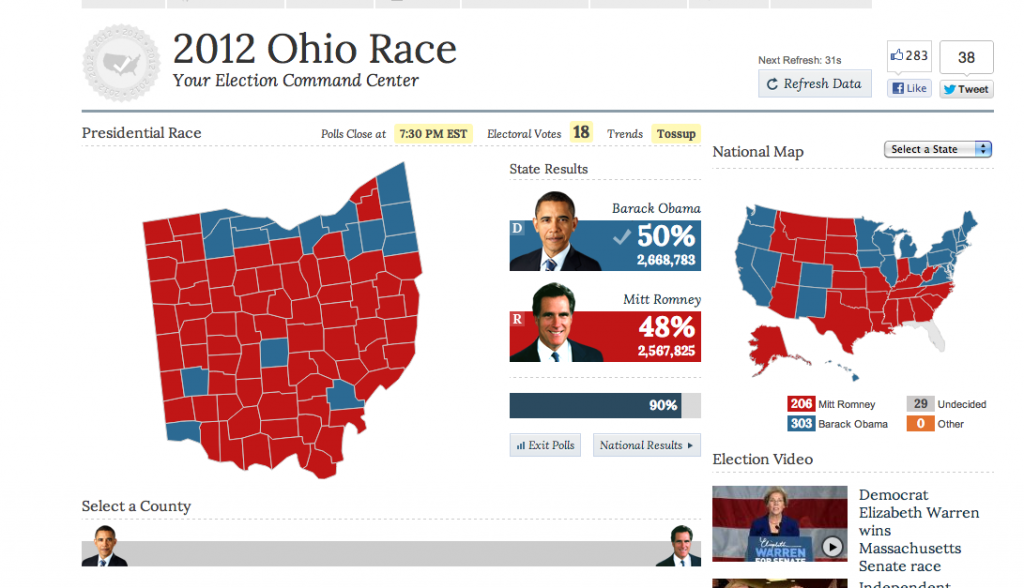 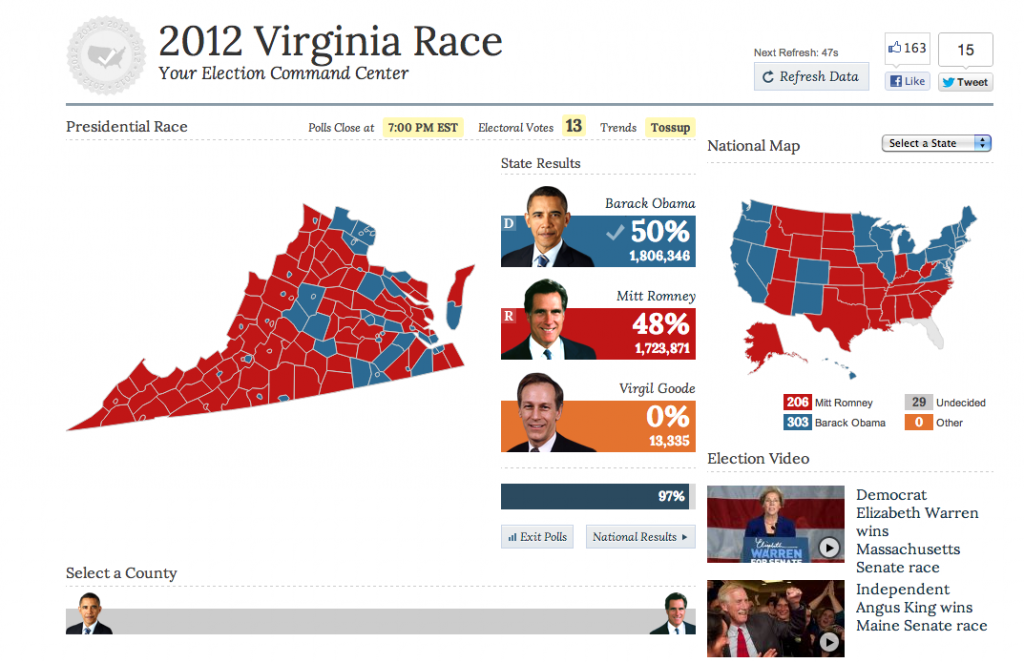 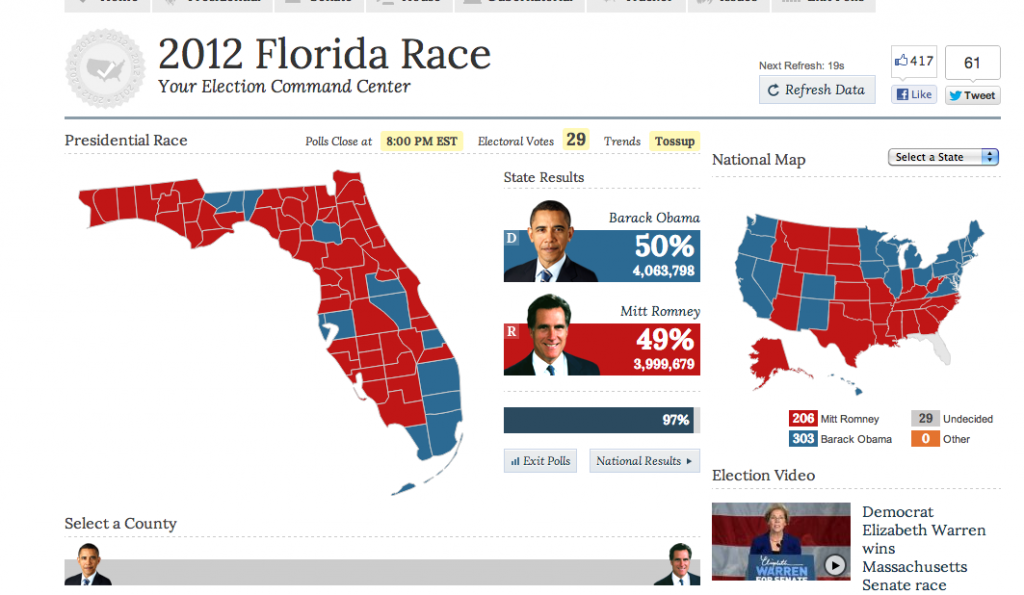 The system is still not balanced in my opinion, there is no way to correct it either. The wrong people have twisted, turned and manipulated the system so badly there is no way to correct it legislatively. They have allowed heavily populated areas now dictate the will of an entire state… mob rule wins! With a radical in the White House and hardened supporters in the Senate one would think you could go to the last line of defense the Supreme Court! That is no longer an option.

You see in the nations complete stupidity the majority never realized the next POTUS will be appointing, at the least, 2 more Supreme Court Justices. The new media FAILED in EPIC proportions to ever point this out!! I tried to alert many on this but was ignored, so your ignorance is your undoing AmeriKa. SCOTUS will carry on the Emperors legacy long after he is gone…..