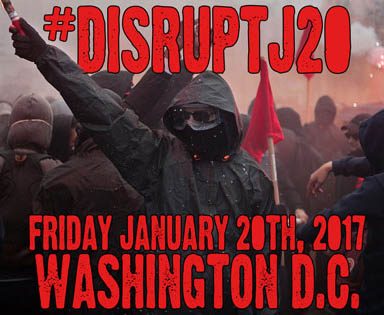 The race hustlers, communists, socialists, SJW’s and snowflakes are all planning a big protest march and rally before and during the Trump inauguration. Tax dodger Al Sharpton cites violating the dream or principles of Dr King will not be tolerated. Violated by whom, Trump!? The Pres-Elect has never said nor done anything of the like. Sharpton also said after the election Trump better ‘saddle up’ and prepare for the ‘fight of his life’! This is more FAKE NEWS cooked up by Sharpton and the race hustler industry against Trump to hold power and control over minorities.

It all has to do with the law being enforced when it comes to illegal immigration and Trumps desire to give inner cities blacks a fighting chance. The black community has been used and abused by the race hustling industry for decades, by Sharpton and his ilk who got rich and gained seats of power on their backs. Blacks have more or less been cast to the wayside because of the potential illegals pose for democrats to maintain power and control.

The bullet points he cites in voting rights, income inequality, racial division etc are all a joke. There is NO PROOF any of these items are being denied by anyone. We don’t need police reform either! What we do need is community leaders to tell their constituents to STOP BREAKING THE LAW AND FIGHTING THE POLICE!

Sharpton just needs his coffers filled, regardless of the millions he owes in taxes. This guy is trouble, trying to hold on to the little bit of influence he has left feeding off the fake news hate drummed up by the lying media.