That’s one hell of a title huh? If the media did their job and told the truth that’s what you should see everywhere about the arrest made in connection with the Jewish centers that have been receiving bomb threats vs…

Aside from the word play nonsense from the media, Juan Thompson is doing his own share of manipulation by blaming his ex-white-girlfriend for the threats made to Jewish community centers… 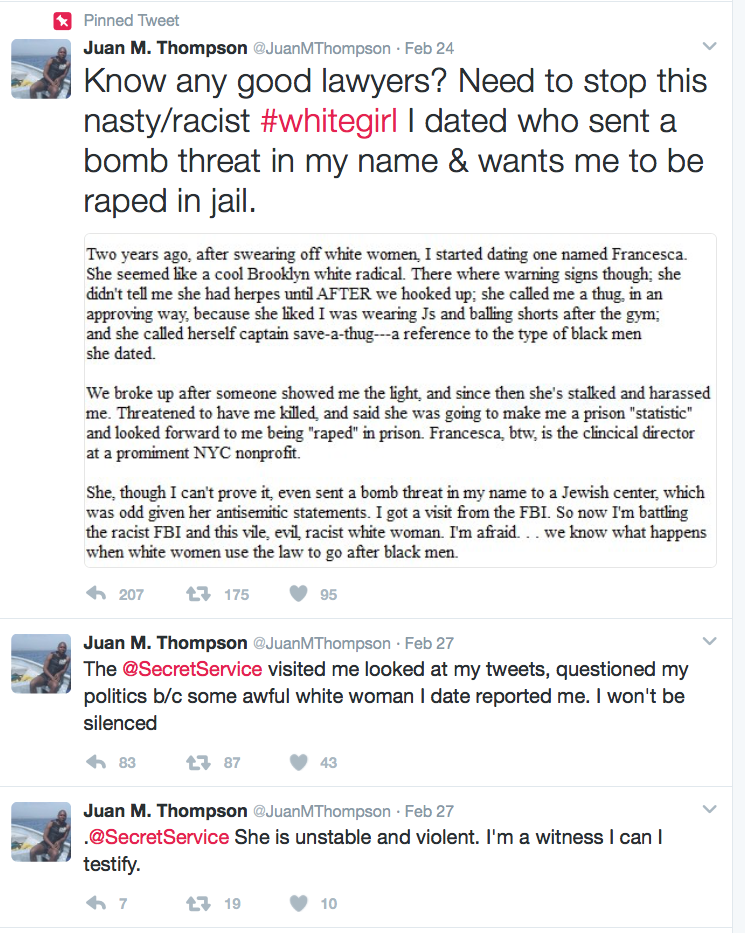 Here is a sample of his “journalism” justifying the violence we saw at Ferguson.

Check out his Twitter timeline while you can and you will see one gem after another. He clearly had a problem with Pres Trump, capitalism and white people 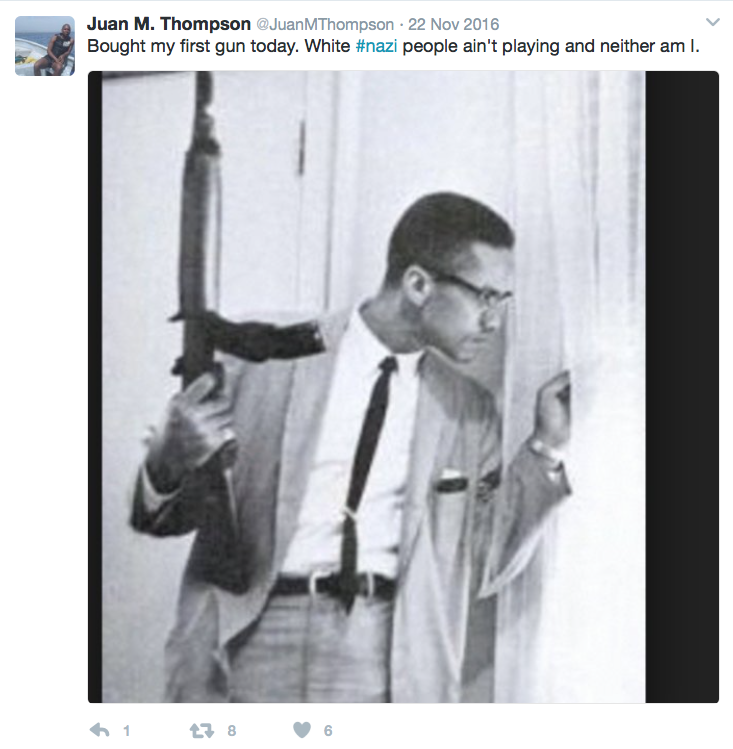 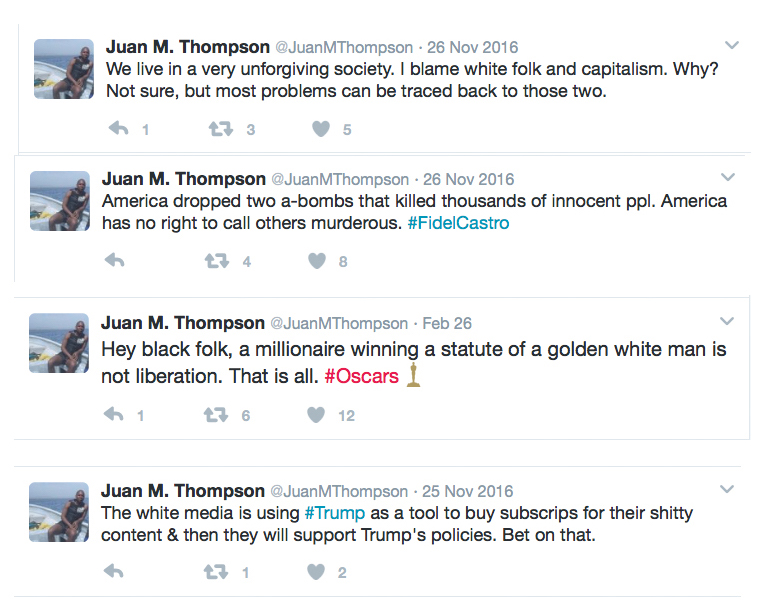 Thompson clearly fits everything in that headline and another confirmation how dangerous the anti-Trump, radical left has become. The one odd thing is he deleted the Nov 22, 2016 tweet below yet left all the other hateful tweets including one about how much he liked “night” over “day” !?