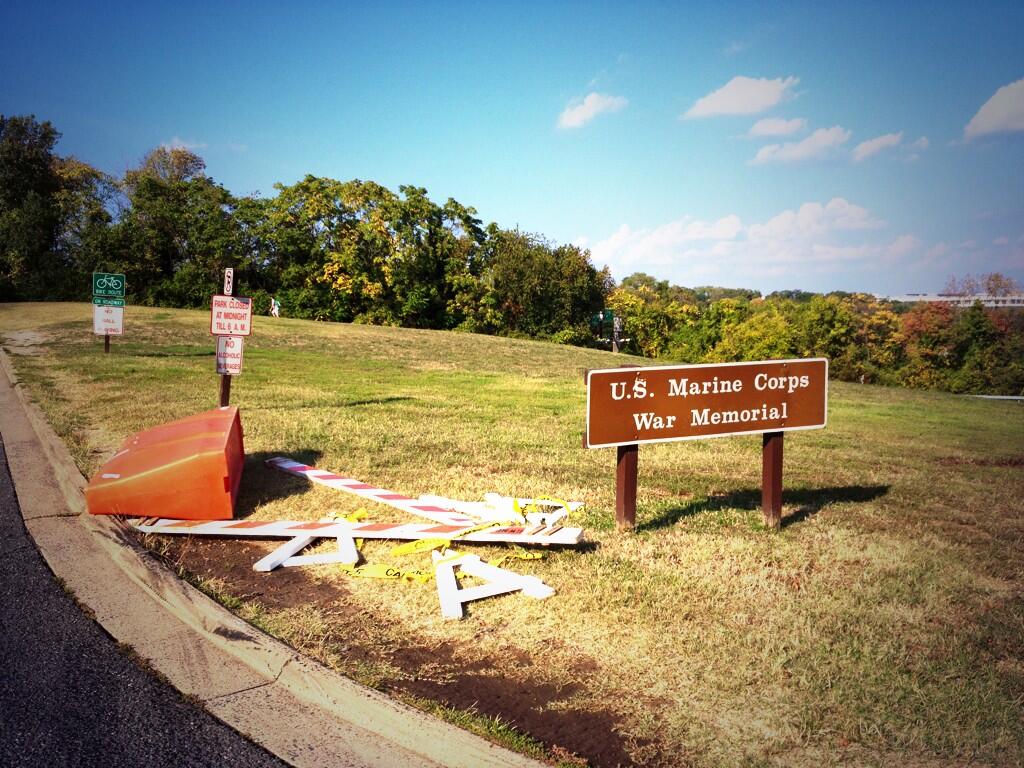 This administration is starting a fight with people they will not be able to beat! These guys are in their 80-90’s and carrying on as if they were young when they kicked the crap out of the Germans and the Japanese!

All these memorials being closed are open air memorials, I do not understand what the regime thinks they can possibly accomplish from closing and barricading them? They think it will get a rise out of people to be mad at the republicants for the shutdown when in actuality people see this as an attack on our vets and will blame both sides of Congress but more importantly the president.

The regime is crossing the line with our military and veterans. I hope all of you active and retired are taking notes because this isn’t something new. His majesty has no respect for the military uses all of you like pawns when it suits him! Or have you forgotten all the victory laps he has taken for what you all have done while he cuts funding and benefits!?