If you have been following Russia Russia Russia to Ukrainegate you know who Rep Adam Schiff is and the OUTRIGHT lies he has been pushing for well over 2.5 years. He is clearly out of control, concocting lies on top of lies with the intent to impeaching and removing Pres Trump from office. The GOP drew up a bill to have Schiff censured and these are the 23 republicans who chose NOT to sign on/ co-sponsor the resolution! 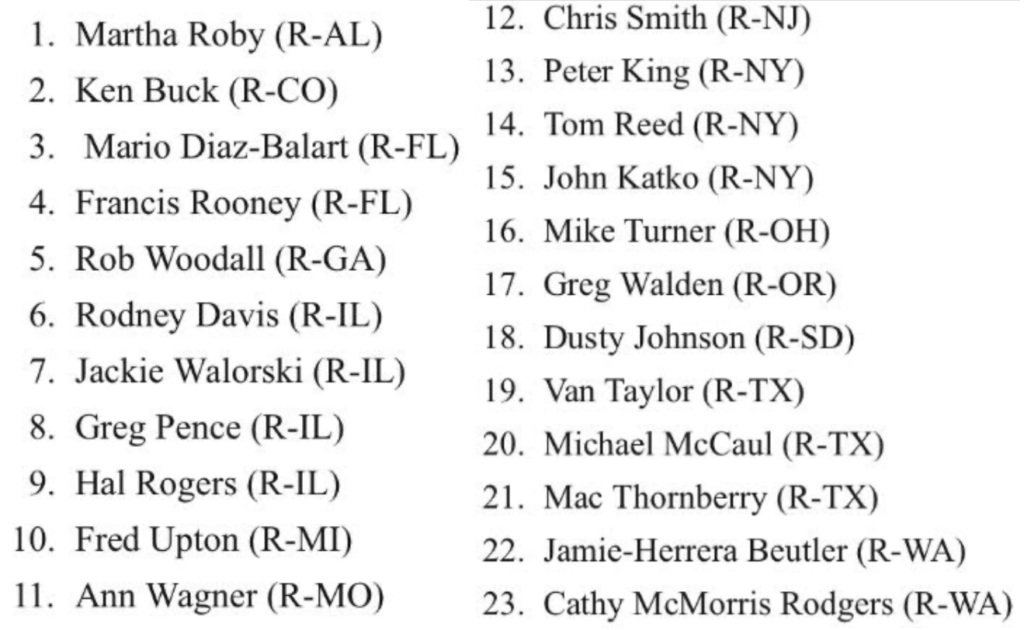 These republicans have no legitimate reason not to support this resolution. This is the same Schiff who said he had evidence Pres Trump had colluded with Russians, evidence that apparently Robert Mueller did not have to conclude the President was engaged in wrong-doing. Keep in mind what Schiff did had it been true was OBSTRUCTION of Justice by withholding evidence… obviously he did not have anything. With respect to Ukrainegate Schiff was proven again to be a fraud with the whistleblower aka anonymous informant over a completely congenial phone call between Pres Trump and the Ukrainian President. He went as far as reading a complete work of fiction presented as a the transcript of the call between Pres Trump and the Ukrainian President during a House hearing. Had it not been for Rep Mike Turner calling Schiff out that the script was untrue it would have been recorded during the hearing as fact. Schiff had Z E R O intentions of making this clear had he not been caught, yet Turner is one of the 23! WHY???

Rep Francis Rooney is doing voters a favor and not seeking re-election because of his position against Trump.

These republicans need to be publicly shamed. The days of being nice and cordial is OVER. Frankly this do-nothing be nice attitude by the GOP and their supporters is partly why the US is in the mess we’re in. The democrats socialists know they can walk allover them and voters because no one on the Right ever fights back harder than they got hit.