This is one of the most disingenuous speeches pres obama has ever given. There is no other way to put it obama is flat out lying. No progress has been made economically when you write off people who have given up looking for a job. The unemployment rate (UE) of 4.9% obama takes credit for is only based on those people who are on the books, the actual true unemployment rate is 23% (22.9%)…

At it’s height during the Great Depression the UE rate reached 25%!

By the govts Bureau of Labor Statistics numbers:

If you also factor a percentage of those on disability because their UE benefits ran out, so people applied and were granted disability benefits, the number of those out of work grows even higher!

Jobs continue to be moved over seas, the US went from being the central manufacturing hub of the world to now the central service provider. We make nothing here because companies cannot compete with nations who more or less use slave labor for production. Between that and the mountain of regulations, fees, fines and taxes how can any American company stay competitive on US soil?!

Have you taken note how bad the stock market has been swinging? For the record the market is down 2000 points where triple digit drops are triggered with just the slightest of bad news now (like today). The economy is a sick, dying patient who is becoming immune to antibiotics and adrenaline shots (quantitative easing, bailouts, money printing etc). Everything the SOB’s in power are trying to get this economy running again are not working. Don’t take my word for it look around are prices going up or down? Do you see businesses booming or closing up? Are you spending more or less, while trying to save every penny you can? The money you are able to save, how much interest are you making on it? Do you feel like you have job security or are keeping your eyes open just in case? Yes, gas prices are down but costs still continue to rise, and if you haven’t heard obama wants oil companies to pay a $10 tax on every single barrel of oil for “climate change” (hoax) and transportation infrastructure.

Have we talked about interest rates remaining at/ close to zero for almost a decade?! This is unheard of and when the corrupt Fed finally moves rates up… well let’s just say be prepared when hyperinflation kicks in.

Europe continues to give a glimpse into our future… 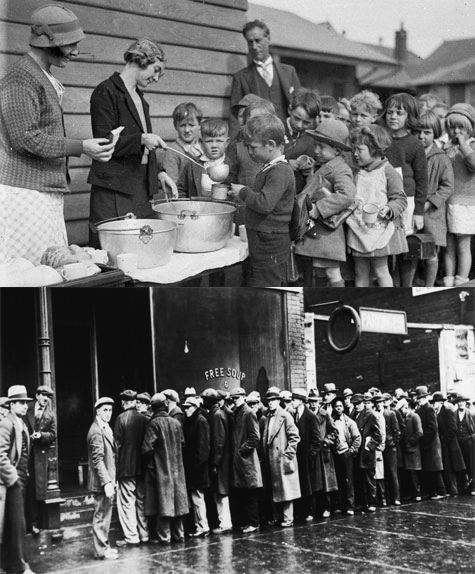 As argued the images of the 1930’s depression have been replaced with unsustainable government programs. The food lines have been replaced with EBT/ Food Stamps and so on for everything else. This economic hole we’re in isn’t just a US thing, it’s on a global scale now that all our economies are tied together. Citi is warning the global economy is in a “death spiral“….

Make no mistake about it, America is and has been in a stealth depression since (at least) 2008.