Lindsey Graham showed promise for a while, defying the Left, taking positions on issues that support conservatives and the President, BUT he keeps demonstrating McCain’s ghost has his claws deep in him. After all the nonsense we’ve seen to date with the Trump witch hunt he said in an interview with Maria Bartiromo that he will not call Adam Schiff to testify before the Senate. He took it a step further saying he will not play a role that “will destroy the country”…

Graham vowed over a year ago he would hold hearings, but nothing to date. He is putting on show, has no intentions of getting to the literal bottom of the corruption being committed by the democrats, Deep State and fmr obama regime. We NEED a wrecking ball taken to DC, or as Pres Trump has vowed to drain the swamp. Here Graham is vowing to stop that from happening because his world and that of his buddies goes down the drain too; including his old buddy John McCain….

I’ve said repeatedly on this site and on Twitter Graham is trying to protect McCain’s “legacy” by not fully investigating Ukraine/Russia-gates that his good friend played a key role in. Remember it was McCain who delivered the Clinton/DNC paid for Steele Dossier (aka Russian propaganda) to Jim Comey at the FBI. McCain always stuck his nose in hotbeds around the world stirring the pot- Libya, Syria, UKR, you name it his fingerprints are all over it.

Been holding onto this photo and video from Dec 2016 for sometime, not really sure what to do with it, where it fits in, but it sure is interesting of McCain and Graham vowing to help UKR against Russia. Take note they’re with with Sen Amy Klobuchar, fmr US Amb to UKR Marie Yovanovitch (she just testified against POTUS) and fmr UKR Pres Poroshenko (who was corrupt). 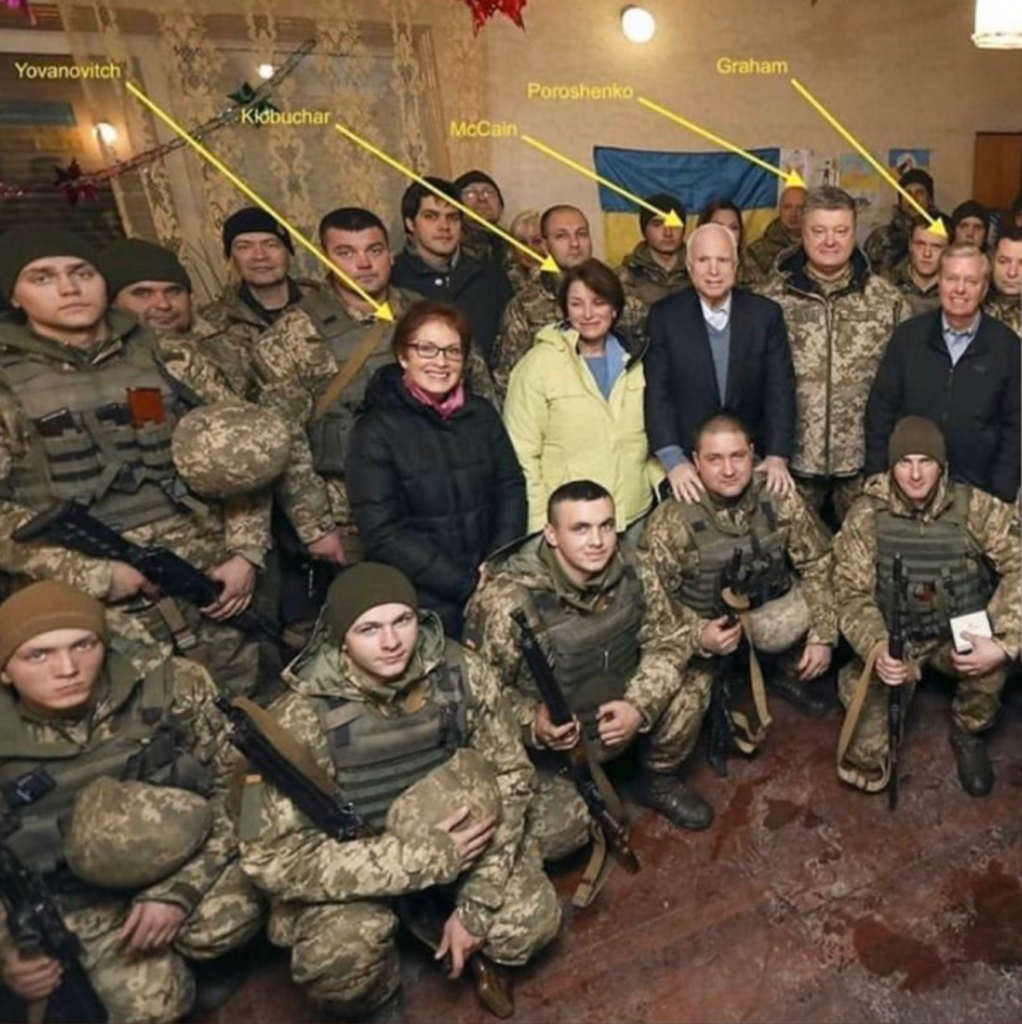 This all stinks it’s all most likely connected with Becks “Hydra” expose….