There are no words to really describe Susan Rice other than she is a certified PATHOLOGICAL LIAR, like her old boss hussein. She lied with a straight face looking right into media flunkies eyes about the Benghazi attack, and she lied about her knowledge of  unmasking  Gen Flynn “I know nothing about this”, and spying on the incoming Trump admin, among many others over the years.

Who writes themselves a CYA email to themselves a month later right before they leave their govt post? Susan Rice does, because she knew what they were doing was wrong! And if she is lying, you can be sure other members of the corrupt obama regime are lying too. 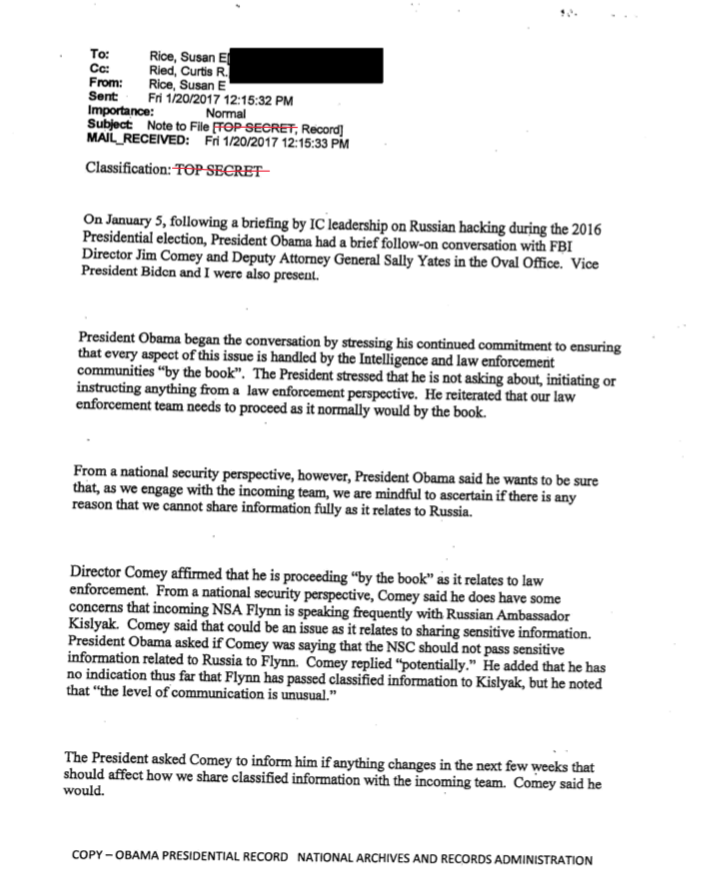 If people from the obama regime aren’t brought to justice this country will never recover, as those with the power choose to leave the monsters in play.