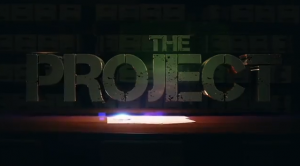 This documentary is a must see and then, if you haven’t, watch Rumors of War III. You will understand what is going on in this country and around the world is all by design.

Nothing, none of these calls by arab nations, groups like CAIR which are all dominated by the Muslim Brotherhood to reign in on freedom of speech and attack anyone who ridicules islam is by accident. What you are seeing is by design.

The obama regime  was a friend to the Muslim Brotherhood who has infiltrated all levels of the US government. When you are done watching these videos share them with everyone you know even those on the fence. Leftists are a lost cause to share the truth with, so don’t waste your time with them. If this doesn’t wake up Americans on the fence about the rise of radical islam their goal of a global caliphate then nothing will at this point. People who remain ignorant or in denial are a lost cause move on to those with open minds.

(watch this while you can, it’s constantly being scrubbed from the internet)
You need to get educated and informed on The Project, these are the documents cited in the documentary:
1. The Muslim Brotherhood Project
2. Muslim Brotherhood memo for U.S. infiltration: An Explanatory Memorandum: On the General Strategic Goal for the Group in North America
3. 1963 Communist Goals
Mitt Romney was up to speed on the Muslim Brotherhood well aware of the 12th imam and the coming caliphate. He talked about the caliphate back in ’06 & ’07 when the majority of us had no clue what a caliphate was!