Listen to the Ministers initial response again. He is more or less indicating the emperor is going to move forward granting amnesty to illegal aliens by going around Congress! Dis-Earnest then tries to back pedal claiming â€œthey just ordered some paperâ€.

Uh huh do these examples directly from the solicitation order look like â€œcolored sheets of paperâ€? 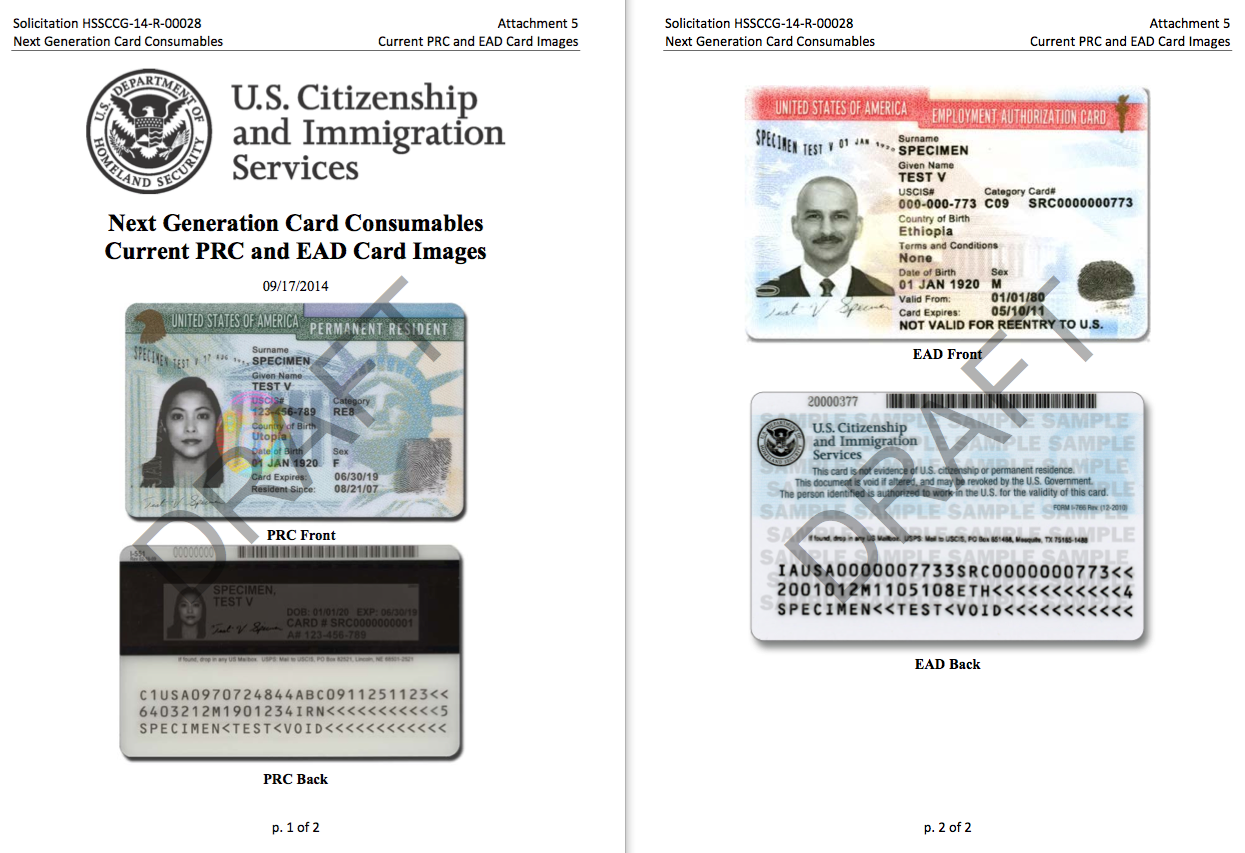 Earnest has already surpassed his predecessors in his deception and passing the buck by telling Garrett, from CBS, that DHS would have to be questioned on the permits and green cards. DHS does what it is told to do by the imperial regime, if they put the order in that is because they have been warned to get ready for a surge in IDâ€™s! We are in the perfect storm right now for barry bola to pull the trigger on amnesty. The economy is hanging by a thread, ISIS is growing in strength by the day, an Ebola outbreak is at our doorstep, dems are the verge of losing power in DC. All these distractions are a gift to a radical progressive like obola!

His majesty is going to do everything he can to deliver millions of new voters to the democâ€¦ socialist party especially if/ when they get shellacked in the midterms. Granting amnesty will give dems all the power and influence they need to win both houses and the White House in 2016! Think longterm folks, progressives work for the bigger picture in the future not concerning themselves with now or a few months from now. After all they are nothing but patient communists!