Obama is not incompetent, he is scam artist who fooled 52% of the country.. twice! Like Rush explains his majesty is making conscious decisions to not attend the French march, wheeling and dealing with Iran and Cuba, letting Gitmo detainees loose etc. Obama’s actions are not those of an incompetent. The man is cold and calculated it is all part of his master plan to fundamentally transform the USA. With that in mind and everything he has done to date also keep in mind what Michelle said, in Puerto Rico during the ’08 campaign, that we would have to change “our conversation”, “our traditions”, “our history” and way we do things…

Obama is in fact doing everything she is spelling out here! Our conversations, traditions and our history are all being rewritten under his radical agenda. He believes what he is doing is right and just for the nation and world.

Just think we have two more years of this guy with a high probability of third term via Hillary Clinton, since the Whig Party (formerly GOP) will ram a candidate no one will want in 2016!

Before you go check out this gem from the transcript of Michelle’s speech. When she said “Barack” the system interpreted his name as “Emperor”!! (highlighted in blue) 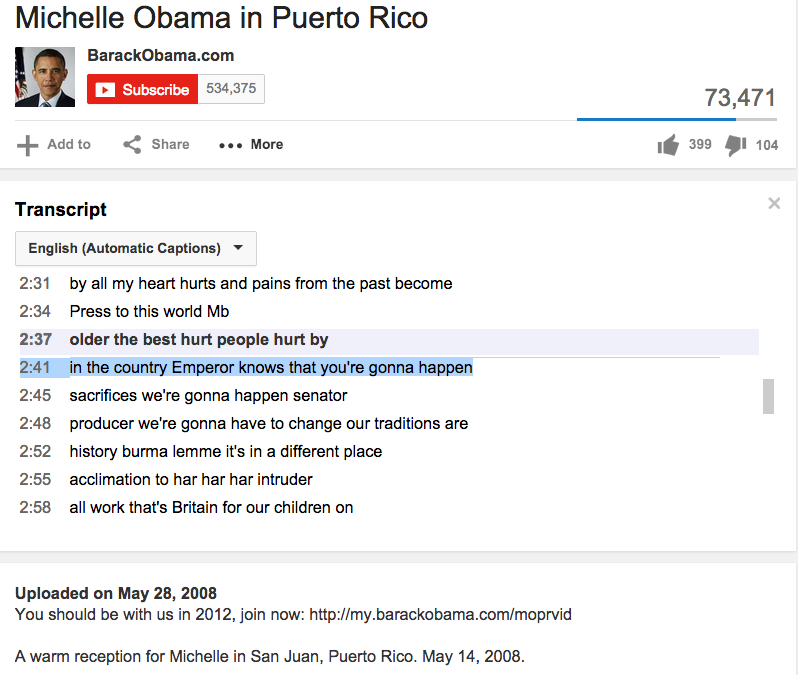