Hillary and her people must be doing some heavy drinking right now seeing that it will be a matter of time until she is proven once again to be a liar. It would be great if the FBI is able to recover emails about Benghazi so we can put it to rest. But let’s not get too excited just yet though America, we don’t know what and how many the FBI will be able to recover. If anything what they do recover should be more than enough so lock up a case against her for violating the Espionage Act for negligence.

Be prepared for the spin-masters and Clinton herself to push “I/Hillary didn’t send anything classified”, “emails were not marked confidential/ top-secret” excuses or go as far as to blame the State Dept. No matter what is said remember under 18 US Code § 793 (f) none of those excuses matter! The emails are/ were in her custody and she is negligent with handling them. 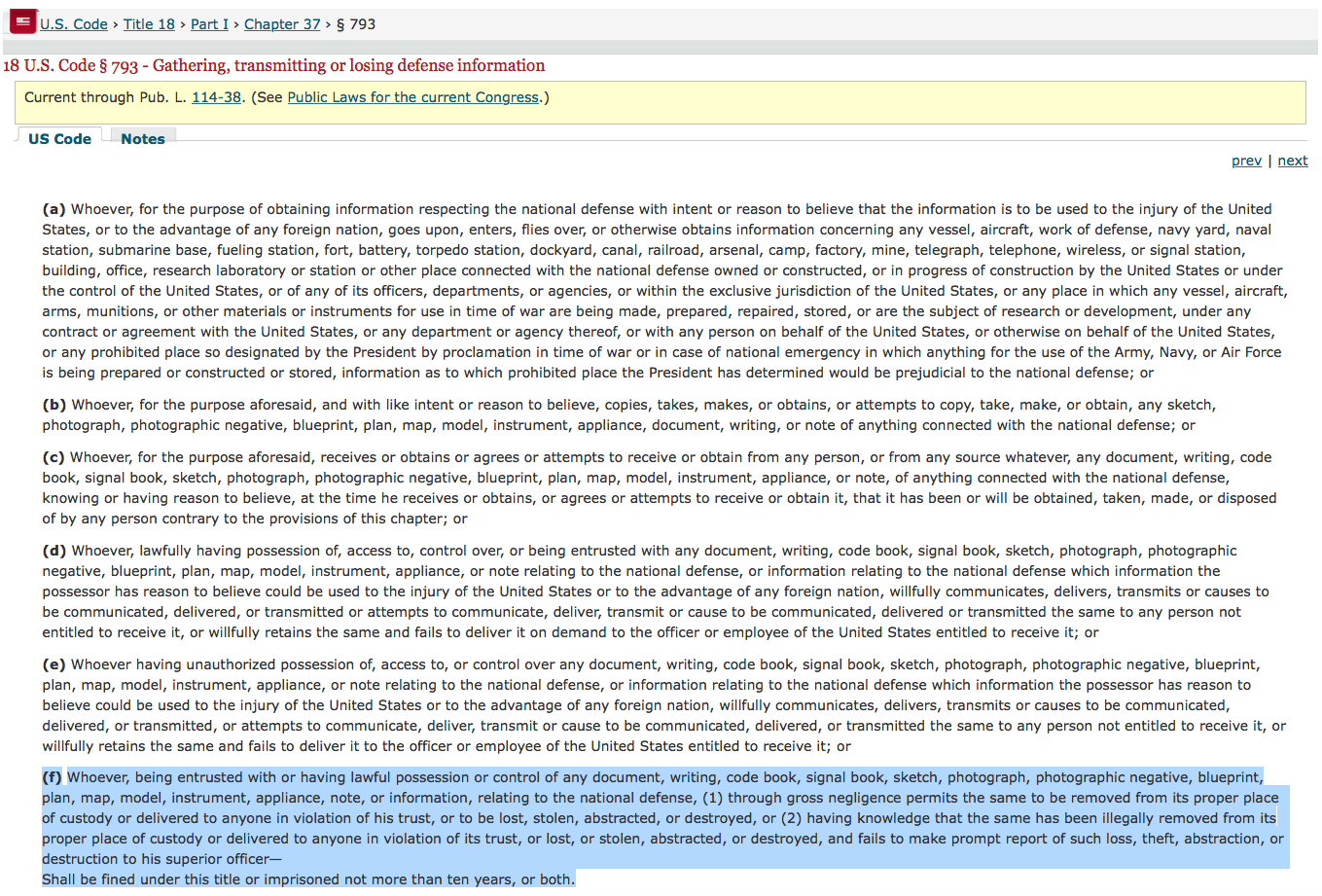 FBI Said to Recover Personal E-Mails From Hillary Clinton Server
by Del Quentin Wilber | Bloomberg
The FBI has recovered personal and work-related e-mails from the private computer server used by Hillary Clinton during her time as secretary of state, according to a person familiar with the investigation.

The Federal Bureau of Investigation’s success at salvaging personal e-mails that Clinton said had been deleted raises the possibility that the Democratic presidential candidate’s correspondence eventually could become public. The disclosure of such e-mails would likely fan the controversy over Clinton’s use of a private e-mail system for official business.

The FBI is investigating how and why classified information ended up on Clinton’s server. The probe probably will take at least several more months, according to the person, who described the matter on condition of anonymity because the investigation is continuing and deals with sensitive information.

A review by Clinton and her aides determined that about half of the 60,000 e-mails she exchanged during her four-year tenure as secretary of state were of a personal nature, the presidential candidate has said.

Those e-mails, she said, mostly dealt with planning for Chelsea’s wedding, yoga routines and condolence messages.

Clinton said the personal e-mails were deleted from the server and her staff turned over paper copies of the remaining work-related e-mails in December to the State Department for processing and archiving. The FBI obtained Clinton’s server from the Colorado-based company managing it…more