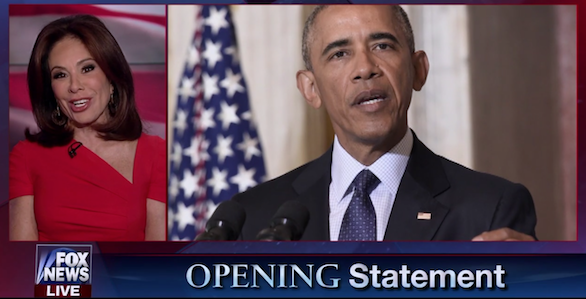 The Judge called out obama and company for interfering and doing everything they can to undermine the Trump presidency before he even gets sworn in. A month after the election obama now decides to investigate whether Russia had anything to do with our election that screwed his plans for a third term via Hillary Clinton. Why now? Simple, obama wants to do everything he can to preserve his legacy…. whatever the hell that is? But the better question to ask is why the obsession with Russia, what is he hiding to keep all the attention directed at them? Obama didn’t seem too concerned when Wikileaks was releasing all the Clinton and Podesta emails.

This is a bit hypocritical as the Judge points out because as he’s “concerned” about the fake news Russia meddled with our election he’s busy wheeling and dealing with Iran. While Jill Stein runs a phony recount, with Hillary’s blessing, these bozos don’t seem to care about the time and money being wasted for an election that is over and decided. Should we also point out Mr. “I’m concerned about American and my legacy” did nothing to stop the rise of ISIS or do anything to stop them?!

Folks need to keep an eye on the other hand, obama, Clinton and co are not going to fade away. They will stay in the spotlight and find ways to meddle with the Trump admin at every opportunity.