The cops are going to have some explaining to do as to why they chose to arrest GatewayPundit’s DC correspondent Lucian Wintrich during a speech he was attempting to give that was upended by radical, violent, unhinged, Leftists at the University of Connecticut.

As Lucian Wintrich presentation falls into a chaos a radical Leftist takes advantage of an opportunity to STEAL Wintrich’s notes while he is distracted. The GWP DC correspondent quickly realizes what happens pursues the THIEF and attempts to retrieve his STOLEN PROPERTY. Like clockwork the THIEF acts like a victim where we see in the video Wintrich being carted away by police. 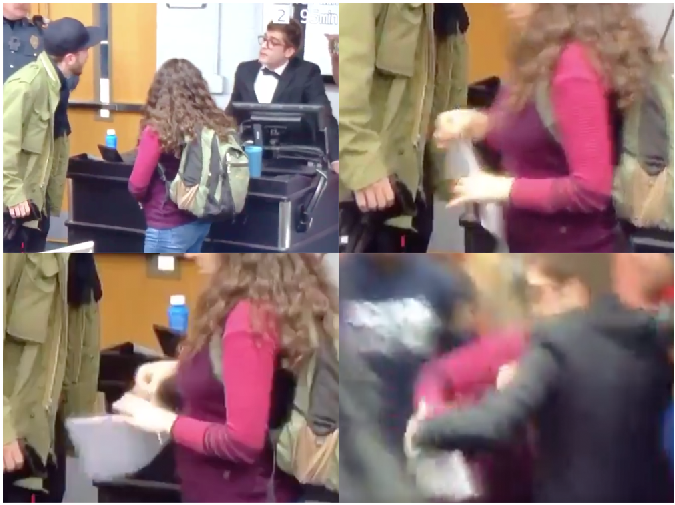 It’s abundantly clear free speech does not exist for anyone who is not a card-carrying Leftist. And if your materials are stolen, too bad you’re still the bad guy. The pressure in the powder keg is building because of the indoctrination taking place in these liberal progressive institutions with the help of the media.

If it’s not clear yet, let me explain it to you one more time:
The Left HATES YOU. They will do everything in their power to destroy you… act accordingly.