The deeper and deeper we get into the Trump admin the worse these Leftists become declaring just about anything including patriotic symbols to racism and the nazis. Here we have race hustler extraordinaire, Georgetown U Prof, Michael Eric Dyson comparing the Betsy Ross Flag to the nazi swastika. 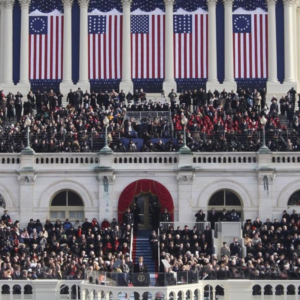 The Ross Flag has become controversial ever since Nike’s dictator, unelected chairman of the board, Colin Kaepernick declared the flag too offensive to be put on a shoe. Oddly, up until the Nike dictator opened his big stupid fat mouth NO ONE ever said a thing about the flag. Not one race hustler in the media ever had a problem with it. Hell it was used at obama’s second inauguration but now it’s offensive a symbol, used by white nationalist and racists because these fools say so!

They created the controversy it never existed until some low-life, has been, mediocre football player needed to get attention again. The media and SJW’s, like Kaepernick, ARE EVERYONE’S PROBLEM, Left and Right. These a-holes sit around and think up ways to piss everyone off, while chipping away at this country’s identity. They’re destroying the US right before you and NO ONE is taking a stand against them, or haven’t you noticed the murals, statues, monuments schools/ buildings having their names changed and taken down!

Stop cowering to these bullies America, we have got to stand up to them. There will not be some shock and awe moment for fundamental transformation. These radicals are chipping away very slowly and subtly where one day we’ll wake up and there won’t be an America left.