“I would say for people at the highest levels of the FBI, and at the highest levels of the Justice Department, more important the Justice Department, it’s going to be devastating. It’s going to ruin careers. … It’s going to make people have Bar Association problems because what’s clear – now we know is that the senior levels of the Obama Justice Department were complicit in knowingly submitting materially false applications to the FISA Court for an illegitimate counterintelligence purpose, not for a legitimate purpose, but to spy on Americans for political purposes, and it really will end up being the beginning of the greatest political scandal in history…” ~ Fmr US Atty Joe diGenova

When Joe d talks you shut up and listen, because he and his wife, Victoria Toensing, have an inside track on what’s really going on in DC. They’re victims like the rest of us being yanked around about when the FISA report will be released, but they’ve been right on just about everything to date. While there are plenty of dirtbags in DC there are still a few patriots trying to do their job who keep these two in the loop.

If the IG does his job the FISA report should bring the walls down on people like Lynch, Comey, McCabe, Clapper and of course the guy running it all loudmouth John Brennan.

It was reported Durham was requesting more funds for his investigation, something he doesn’t do frivolously as Mueller producing nothing. It means he needs the staff to go after people criminally thus diGenova reporting Durham convening a grand jury to begin indicting people… Justice Dept holdovers from the obama regime (ie Comey, McCabe, Strzok, Page etc) and most likely former regime members too.

Comey, Brennan, Clapper and co the boogie man is coming for you… 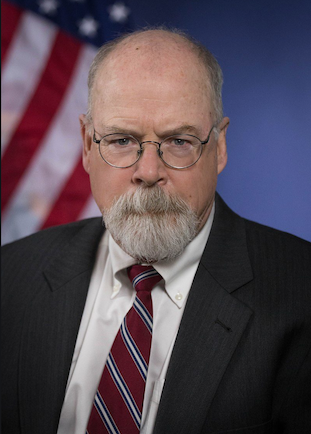