There’s all kinds of speculation going around about who is behind the protests.. riots. The Right says it’s Soros, while the media and dems want you to believe white supremacists and Trump supporters (yea!) and the Russians are behind the violence.

There are now multiple CNN correspondents pushing this. pic.twitter.com/I6RpOPGUux

These riots are definitely well planned and organized, something the Right is not capable of on a massive scale like we’re seeing. Also the Right when they have held protests, they’re civil/ peaceful, do not get into fights with the police, clean up after themselves and most definitely do not look for bricks to throw.

So here we have a tweet from Elijah Schaffer stating last night in Dallas people were coordinating and directing rioters where to go, pointing out they were making it know where the bricks are.

BREAKING: tonight’s Dallas riot was pre-plannedOrganizers were directing the crowd where to go

They had pallets of 100 bricks ready for rioters

They were yelling to the crowd “go left, there are 100 bricks on the corner over there”

You see this and shrug it off but then video shows up and there it is, a stack (pallet probably) of bricks.

Another vid has popped up in Fayetteville, NC

Are people falling into a trap?pic.twitter.com/2RKVQuZxZw

More stacks of bricks being droped off over night for this well organized anarchy WTF!?! pic.twitter.com/hP3SwORjxC

Antifa thought this woman would welcome being given a brick…

Trust me, the enemy is not the President or the Republican Party. We have “ALL” been infiltrated. Listen carefully!!! Patriots run the TAG #ANTIFA pic.twitter.com/H9D1fKeEVH

So I heard there were going to be protest in my neighborhood tonight so I decided to go on a scout, and to my surprise what do you know I come across cages of @FoxNews @LAPDOVB pic.twitter.com/bzr4s4OVAZ 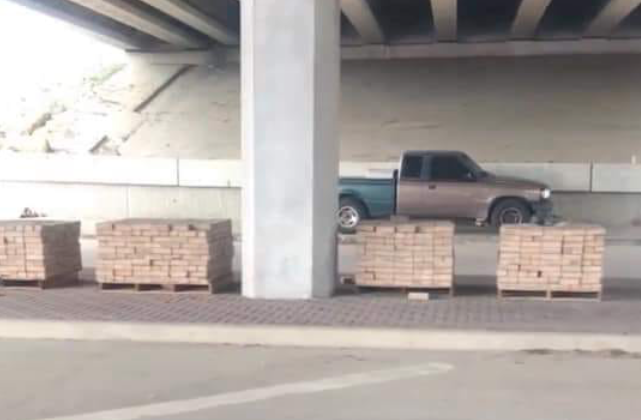 Bins of bricks & broken concrete were discovered strategically placed throughout Brooklyn and removed by Police pic.twitter.com/lZYAVpkpTk

These vids alone prove the riots are well organized and financed. First and foremost, there are security cameras all over the place, surely one captured whomever dropped those bricks off. That said who paid for the bricks? Who paid for the purchase (cash probably) or rental of the truck used to deliver them? Who paid the people driving the truck and unloading it? There is a money trail and it will surely point back to a group/individual(s) who are well connected, with a strong network. A high profile community organizer possess these traits and is the type who can pull it off!

The people running these riots in all the major DEMOCRAT run cities need to be charged for domestic terrorism, and I don’t care who it is. The protests are calling for justice for George Floyd, which is coming, but the nation needs justice for those literally burning our communities down.