In a last minute DESPERATE attempt by top Resistance leader to stop Judge Kavanaugh’s confirmation, Sen Dianne Feinstein posted a presser of being in receipt of information concerning Kavanaugh which is rooted in alleged sexual misconduct by the SCOTUS nominee when he was in HIGH SCHOOL! 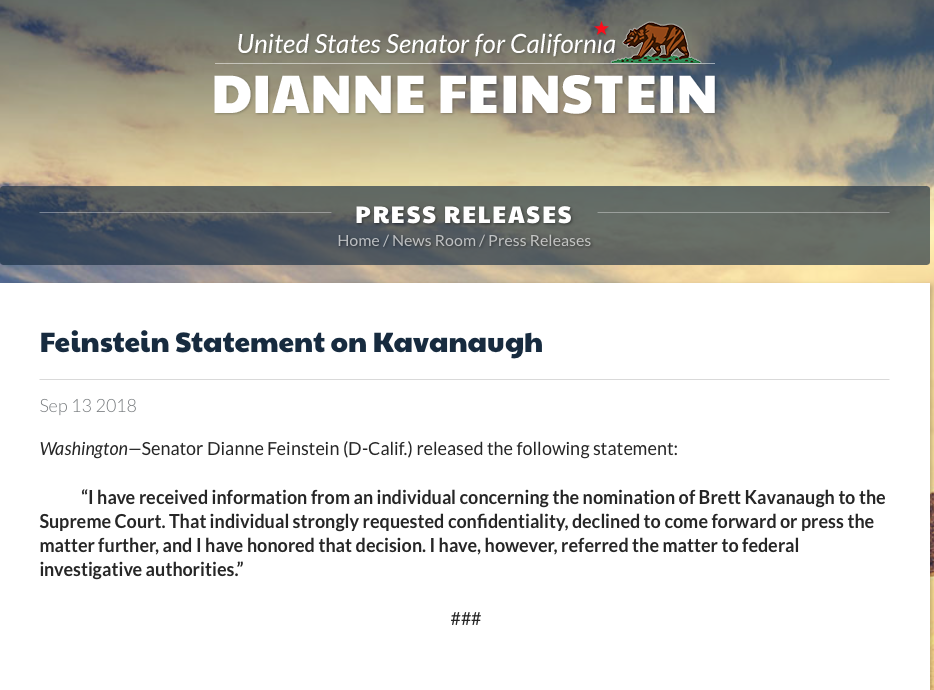 “Different sources provided different accounts of the contents of the letter, and some of the sources said they themselves had heard different versions, but the one consistent theme was that it describes an incident involving Kavanaugh and a woman while they were in high school.” ~Intercept

Why is this Feinstein putting this out now you ask? Just take a look at her twitter feed from today… 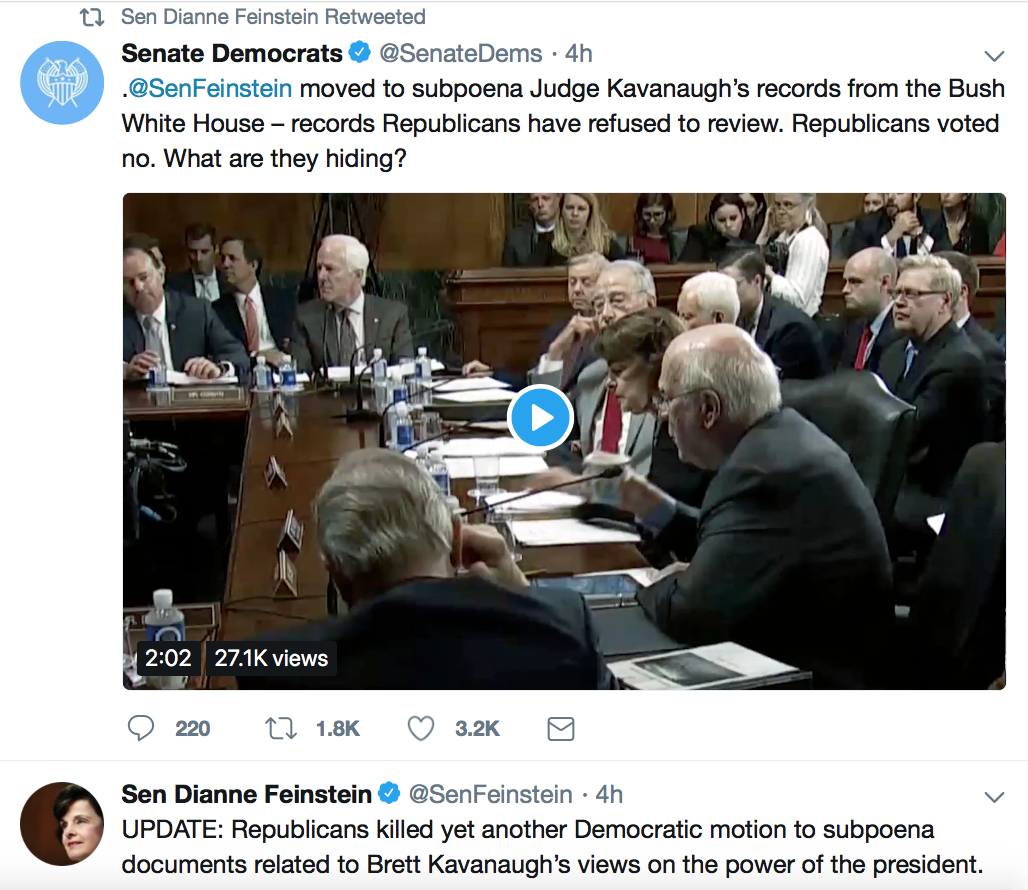 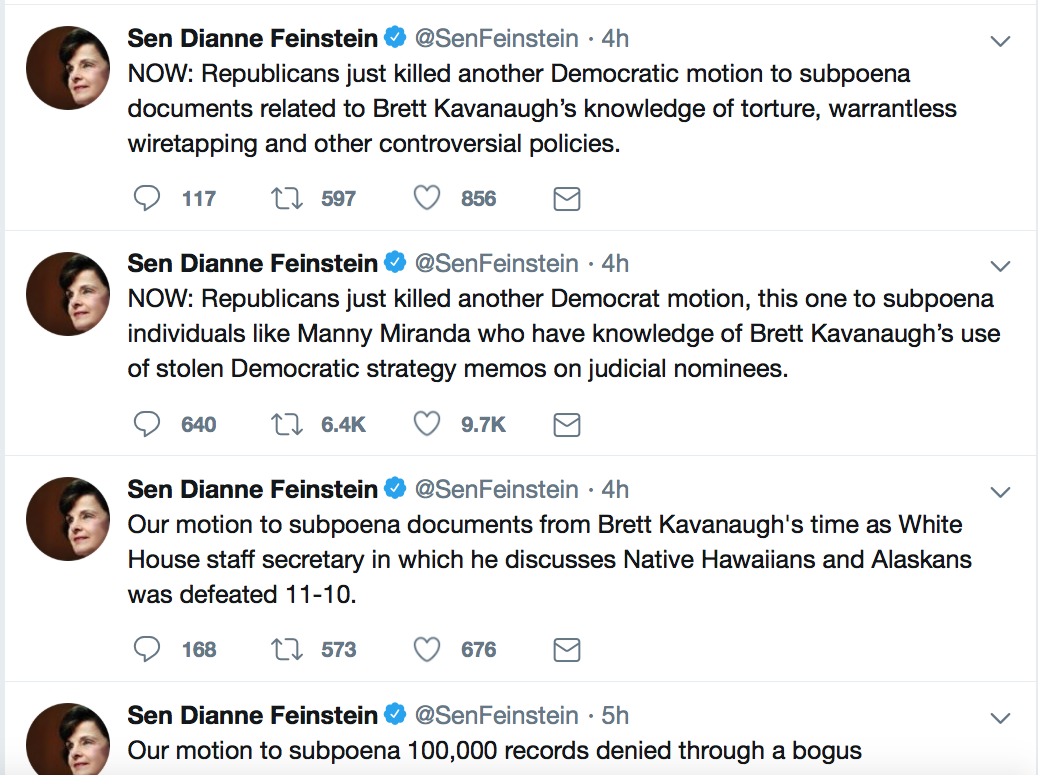 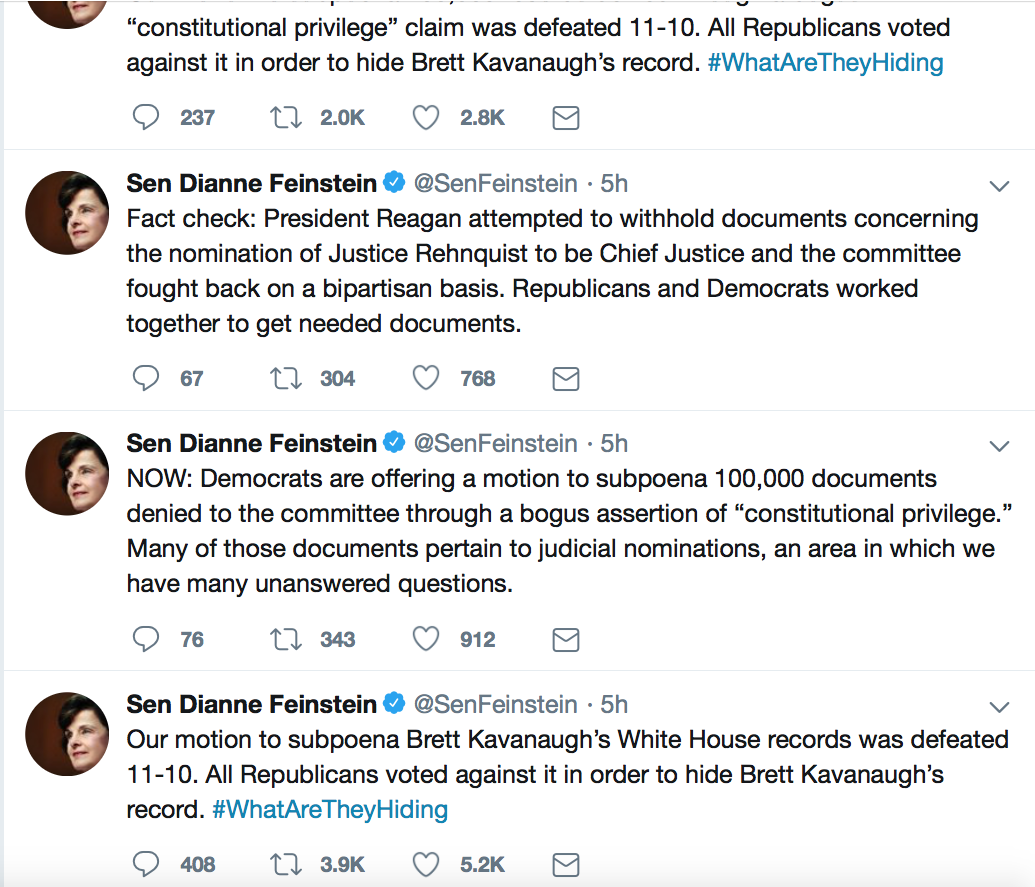 What a coincidence, all attempts she and the party of division and destruction to delay/ stop Kavanaugh’s confirmation have failed. So of course now this new piece of evidence pops up. She launches a smear campaign against Kavanaugh because why not, they’ve got nothing to lose!

America this has to end. These constant acts of obstruction, lying, manipulation of information, attempts to frame the President of the United States that he’s working with the Russians(when it is actually the democrats, media and Hillary Clinton colluding and conspiring to affect a US federal election) has to stop. One way you can do that is voting GOP this November. The Democrat party must meet an Electoral EXTERMINATION, because surely you cannot want people like Feinstein running this country after what they’ve done since Nov 9th, 2016, let alone prior to?

GOP voters you must get out to vote and bring as many people as you can to the polls. Sane democrats, the few who are out there, join others and Walk Away.. no, RUN AWAY from the democrat party.