Saint Subway*, Jussie Smollett, has been officially criminally charged for the hoax attack he staged. Unlike the left those on the right are willing to grant him the presumption of innocence until all the evidence is produced, just as we’ve been doing since this story first hit.

His attorney’s vow an aggressive defense suggesting the investigation has not been conducted fairly!

What Saint Subway has done is disgraceful and quite serious. If his “attack” had gone the way he hoped where there was actual video footage he would be as Fox News’ Jesse Watters said ‘a civil rights icon’. This could have led to riots coast-to-coast and as some have suggested a race war! Jussie should go to jail for what he did, the Chicago PD and the District Attorney should throw the book at him.

Saint Subway epitomizes how unhinged the left has become in the era of Trump. We’ve had one hoax after another, these people are driving this country to an armed conflict.

This Hollywood elitist is entitled to his day in court but the evidence made public so far is quite damning:

Smollett mailed himself a fake terroristic threat. It didn’t work for the attention or whatever this Trump hater was seeking, so he escalated it to an attack that was poorly planned as none of the surrounding surveillance cameras caught the alleged attack by two “Trump supporters” who supposedly said ‘this is MAGA Country’. Keep in mind we’re to accept two white men were walking around in sub-zero temps late at night apparently on the hunt for this first gay black male actor they encounter. After the “attack” Smollett walked himself with a Subway sandwich, unscathed, into his apartment building with a noose around his neck where the building security didn’t notice anything and he also claimed he was doused with bleach. Keep in mind at the time of his alleged attack with temperatures being sub-zero  bleach would freeze before ever exiting its container.

Here’s footage of the Osundairo brothers buying ski masks, sunglasses, red hat we were to believe was a MAGA hat and other items for the fake attack.

How can anyone possibly ‘mount an aggressive defense’? All that’s missing from this circus is a White Bronco chase! 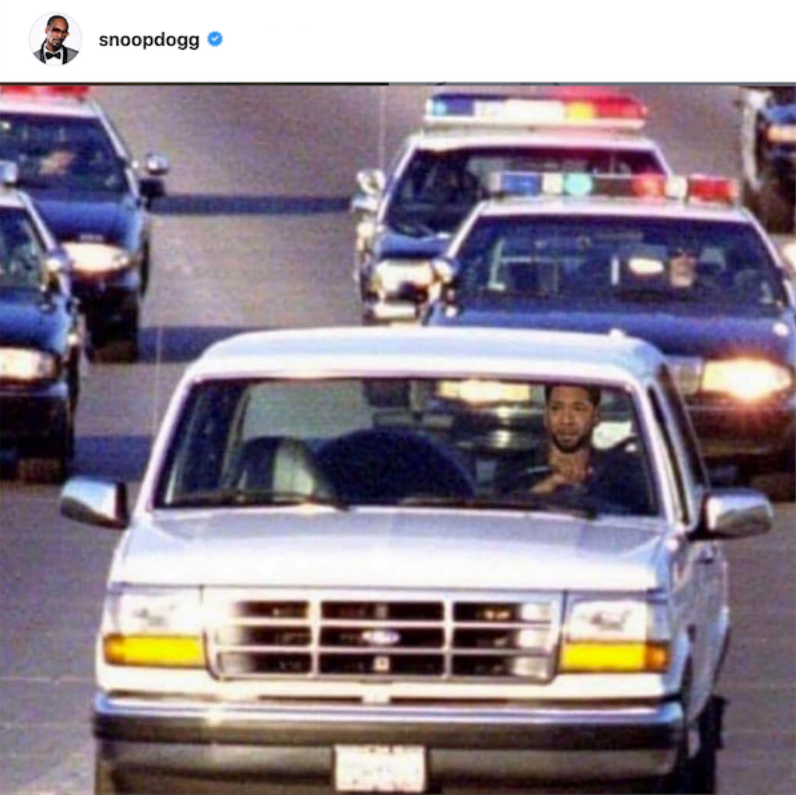 * Trayvon Martin was referred to as Saint Skittles where people claimed he was killed for being in wrong place carrying a pack of Skittles, until we learned he was the aggressor that led to his untimely death. Jussie Smollett will be known as Saint Subway for the Subway sandwich he carried and his criminal actions where many on the left like Fox News’ Juan Williams is already planting seeds of doubt that he has mental problems!