The Left is actively engaged in silencing dissent from Congress to social media or even townhall events. What you’re witnessing right now are just test runs for a much larger purge coming as we approach the 2020 election, and whats to come should the Left be successful in taking back the White House and Senate.

Alex Jones, Laura Loomer, Milo Yiannopoulos, Paul Watson had their Facebook/ Instagram accounts shutdown. They, along with many others have already been silenced on other social media platforms. 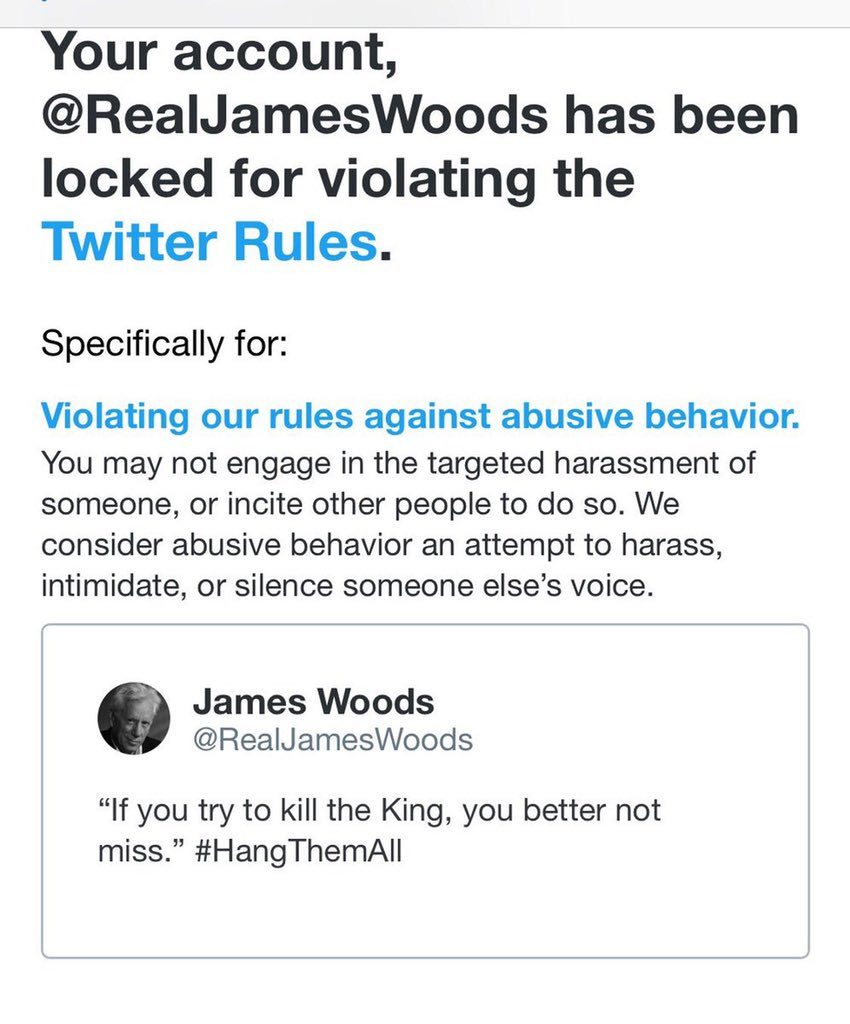 Twitter has pulled the plug on the aforementioned as well as actor James Woods, who simply cited a poem saying if you launch a coup against the king you better make sure to kill him.

Rep Alexandria Ocasio-Cortez’s staff cut the mic of a freedom of speech activist during a very heated debate on free speech!

COUNTLESS conservatives have been shadowbanned if not silenced on all social media platforms. Yours truly YEARS ago was ringing the warning bell about Facebook’s activity to silence opposing views. IMO what’s happening today was tested out on small unknown/no name pages like my own because they knew NO ONE would listen when people like myself called it out begging for help. To be quite frank, I WARNED ALL OF YOU, but no one listened.

The people running the social media platforms claim those they recently purged are dangerous. Jones is an alarmist, an agitator but I have never seen him, nor Loomer, Milo or Watson ever engage in anything that can be construed as dangerous or encouraging violence. Also banned was Louis Farrakhan, who, is not a conservative, but IMO is quite dangerous, yet he hasn’t committed any violence.

All parties recently banned have a right to speak, including the most incendiary type of speech. “Hate speech” is a myth, like “assault weapon”, created by the Left to control the People. The First Amendment protects all speech including speech that’s deemed hateful, otherwise what’s the point of having 1A?

People need to know “hate speech” is not illegal, and IS protected under the First Amendment, otherwise what’s the purpose in having 1A!?

Megyn Kelly put Leftist radical Richard Fowler in his place (whose argument is that of all Leftists seeking to silence dissent is based on feelings) on this very issue when the Draw Muhammad event was making libs heads explode following the attack over the event in Garland, Texas…

I don’t want anyone silenced I want to know what they’re doing, saying and to whom. Why in God’s name would you want to pull the plug, keep eyes off them? At least now we can keep people in check. By pulling the plug we have no idea what they’re up to. Why are the people who point at the other side calling them fascists acting like fascists by silencing opposing voices!? The Left wrote the book on being hypocrites, they are what they accuse their opposition of being!

Saying these companies are predominantly run by liberals is an understatement. Owners and executives sit in front of Congress, even the President, saying they’re in the middle but in reality they’re as one-sided as one could ever be. These companies want what Hillary Clinton was selling, an extension of obama’s 8 years, and it didn’t happen. Since Trump’s election they have been in overdrive trying to reshape the truth and silence opposing views. For years it was hidden, as they experimented on unknowns like yours truly, but now their partisanship is right in the open. You can bank your last dollar these companies are going to do everything in their power to stop a Trump 2020 victory, ensure the GOP loses the Senate while the dems hold the House.

Congress knows what’s going on and this isn’t the first time this has happened. Television and radio were once the wild west as the internet is now. As they grew they became VERY influential on American politics and social issues where the govt had to step-in to even the playing ground where both industries are now under federal oversight. They process between them and these massive tech companies is the same, Google/YouTube, Twitter, Facebook etc have become far too influential to American politics and social issues. The moment they engage in any form of editing content they move from being a platform to a publisher where the govt should set them straight. The time for “monitoring”, as Trump said in a tweet, holding hearings or talking is over. Trump and members of Congress MUST take action to reign them in. No one is calling for these companies to be shut-down we just want a level the playing field. Democrats/ liberals don’t want that, and never play fair. They know they’ve lost in the media wars, people don’t trust them. All they have left is to control the flow of information that Facebook and Google have complete control over, with Twitter right behind them. These companies need to be under federal oversight plain and simple, but we should be careful how this is done because Facebook’s Mark Zuckerberg WANTS govt regs! He’s playing this one close to the chest because he knows if dems run it conservs will be shutdown, speech will in fact be regulated everywhere. Handling this will be like going through a minefield. We need cool-headed people grounded in reality to make the rules for social media platforms.

Keep govt out, you say? That is possible if some alternative platforms were available. The problem there is the wealthy right REFUSES to open their checkbooks to bankroll alternatives. Instead they hoard their money while offering pats on the back with well wishes of “Good job, don’t stop fighting”. The day will come when they regret not helping because all that money isn’t going to save them when the radicals finally come for them!